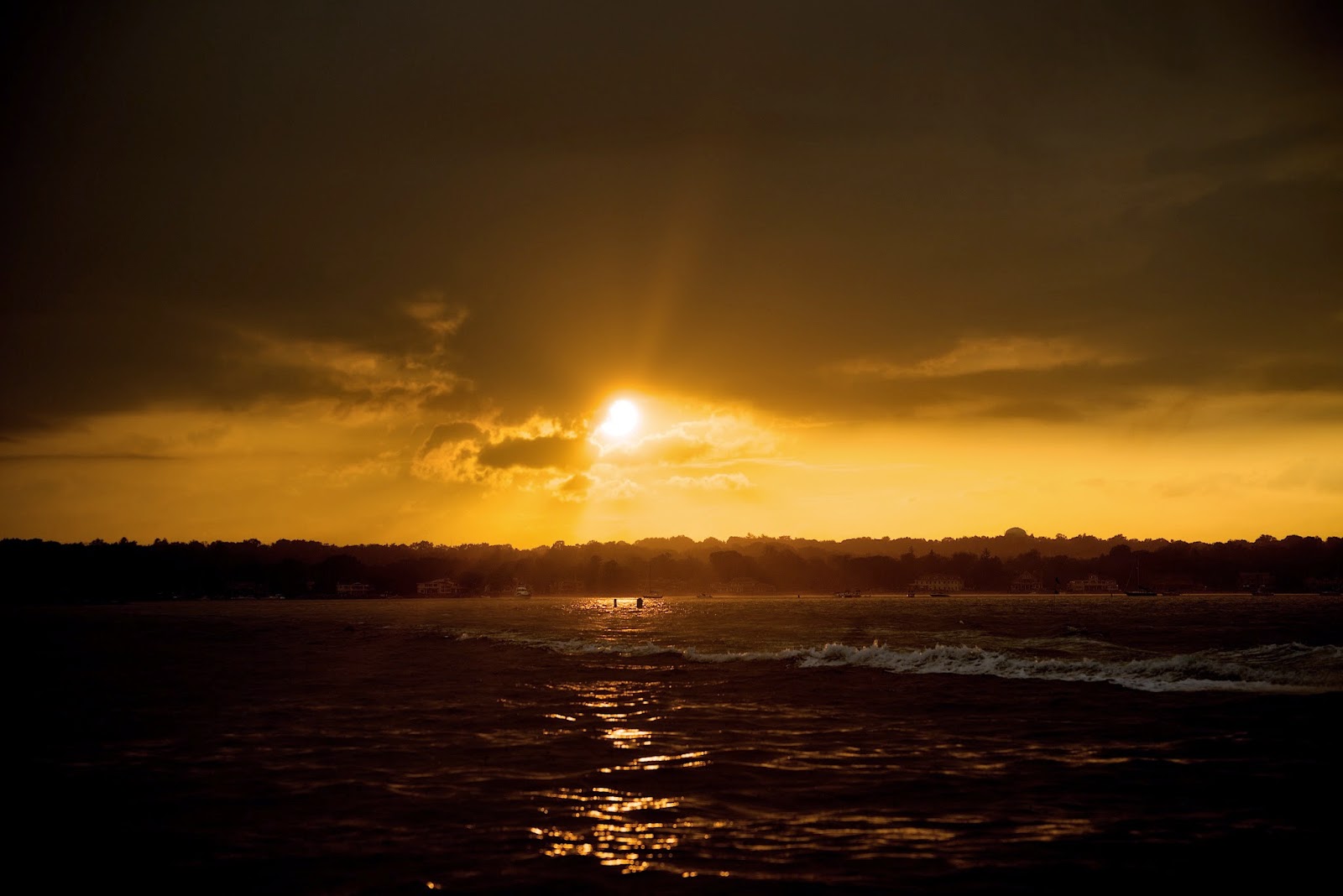 Tyler Hicks is an award winning photojournalist for the New York Times (who grew up in Westport!) who just won the Pulitzer Prize for his images of the 2013 terrorist attack
at a mall in Nairobi. The pictures, like all his work, are stunning and emotional.
In case you missed his interview on NPR the other day, here is a link.

My dad and I took a little trip down memory lane last week. We drove around Brooklyn where my parents grew up, met, married and lived until moving out to the suburbs. A move I think my father still regrets.

This is the house my dad grew up in on East 24th and K. No car (you don't need a car in Brooklyn!), no TV until my grandfather finally gave in (my grandfather called it the idiot box) and a homemade boxing ring in the basement (a necessity for a house with 3 growing boys). 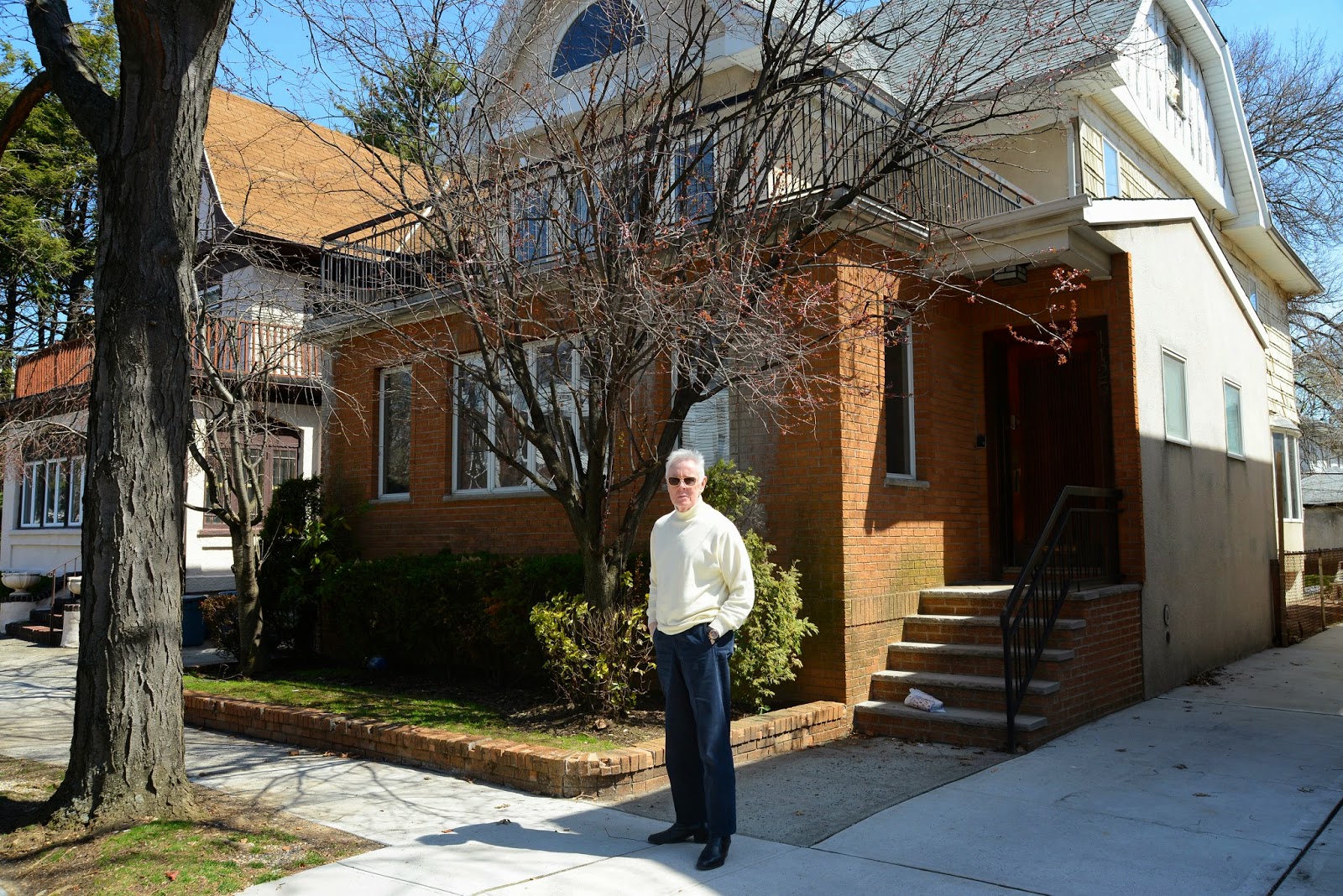 This is the street my mom grew up on, East 17th between Foster and Glenwood. A beautiful block. My father would pick my mother up here and she would get on the back of his motorcycle much to my grandparents chagrin. 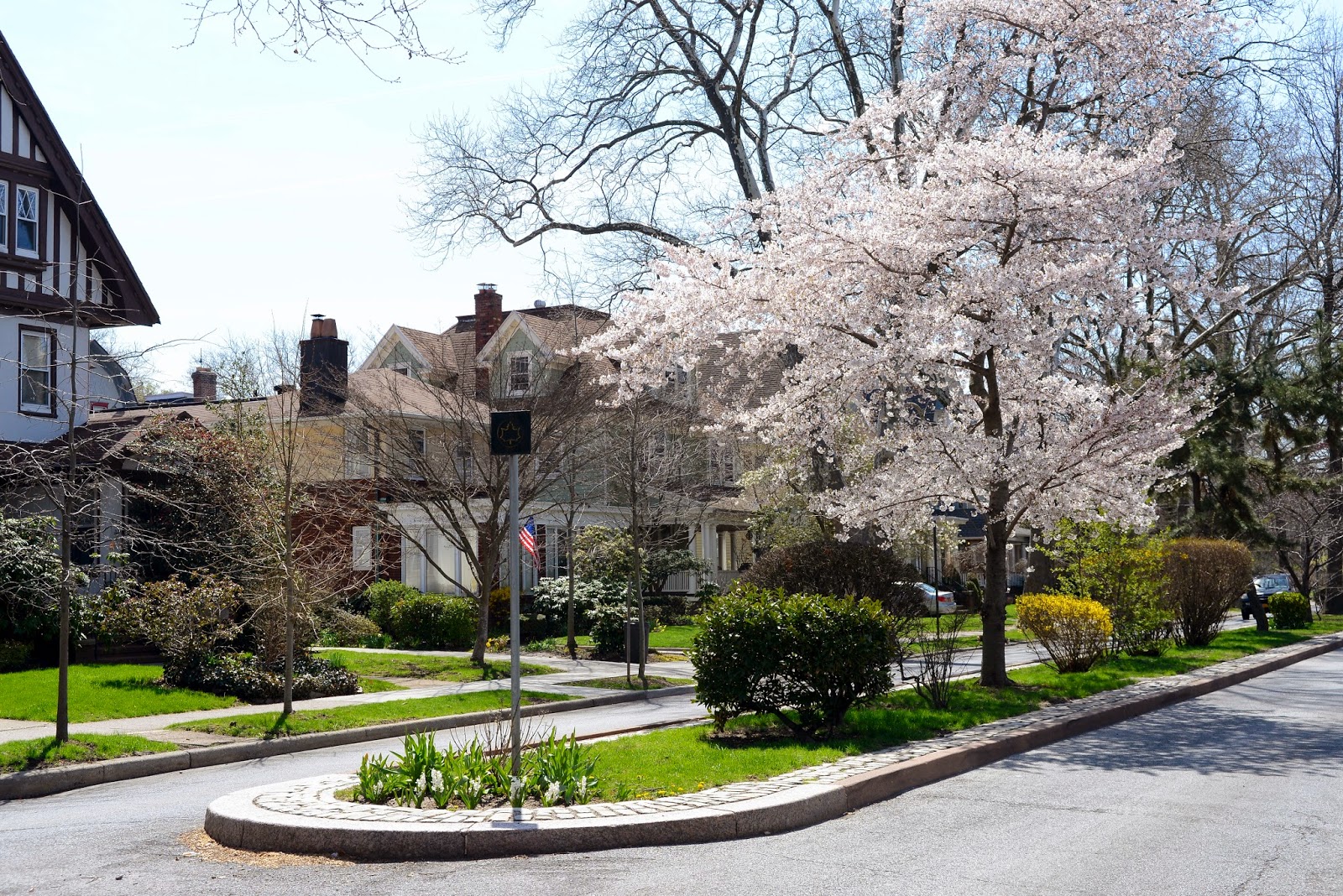 Next stop was driving by my parents high school- Midwood High School. The New York Times said "Getting into Midwood HS is about as easy as getting into an Ivy League School". I'm not going to tell you what they thought of my dear ol' dad. 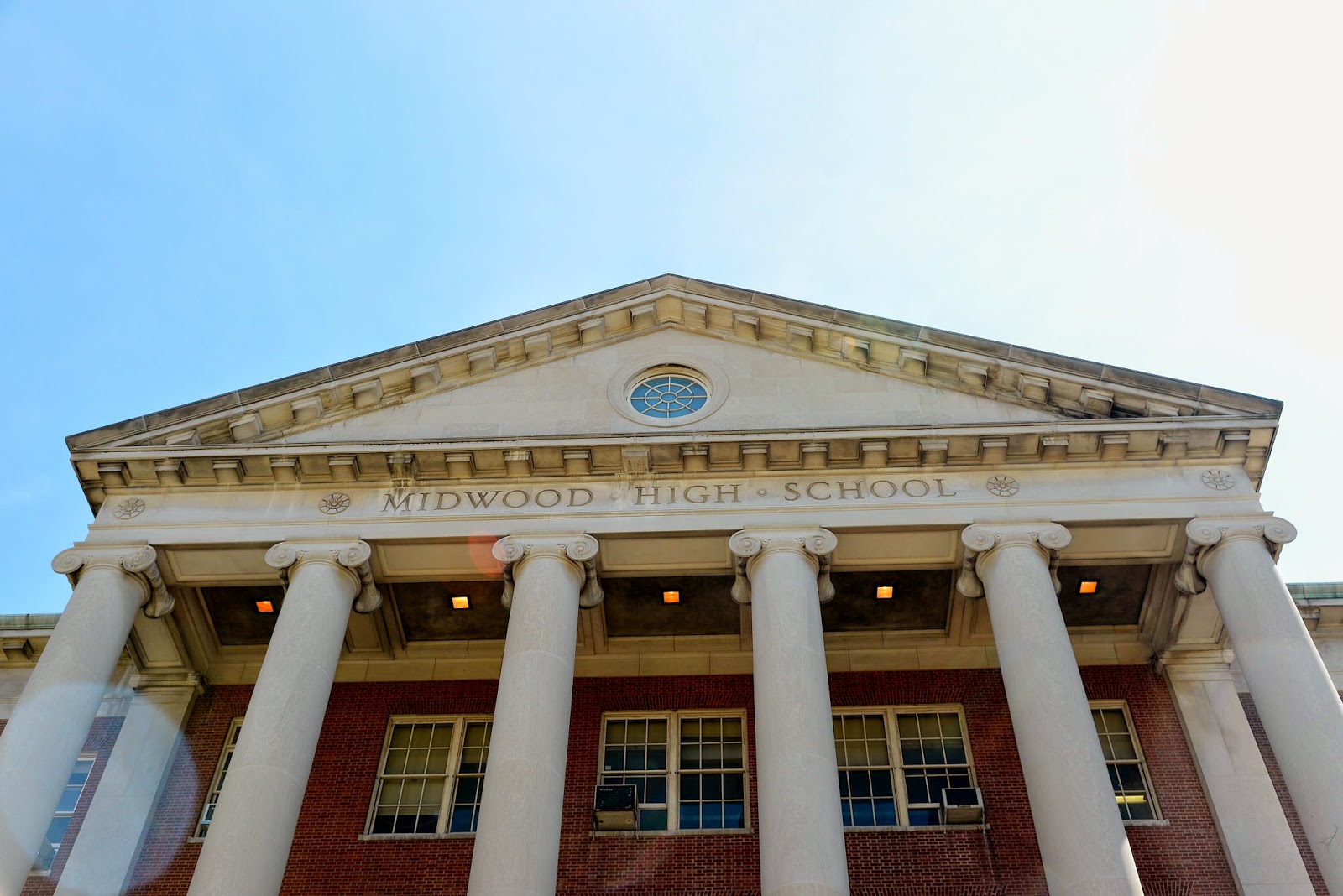 We drove through Sheepshead Bay next. Home of the famous Lundy's, the largest restaurant in the USA in its heyday. Sheepshead Bay also has a huge recreational fishing fleet, and is hometown to Larry David and Terry Gross of Fresh Air. It was too windy (for me) on the water to get out of the car
so this is the only pic. ( I tried to make it look cold).

Brighton Beach. My father, starting around 10 yrs old, would take the train down here
in the summer with his friends to spend his days at the beach. 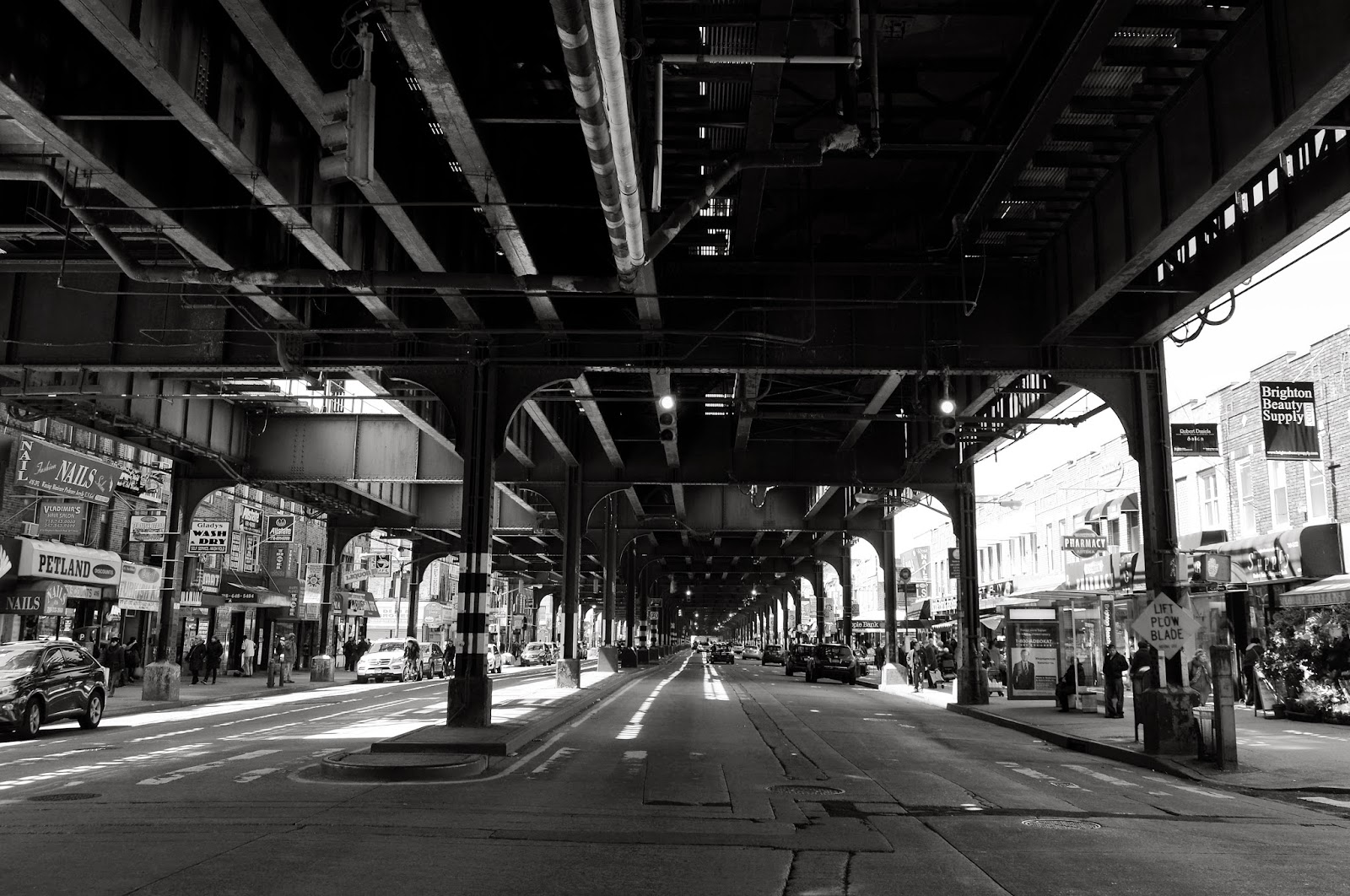 The entrance to Coney Island.
Imagine having this in your town as a kid?
A giant amusement park right on the beach, complete with bumper cars, roller coaster, Nathan's hotdogs, The Parachute Jump and fireworks shot off every week in the summer.

The boardwalk at Coney Island 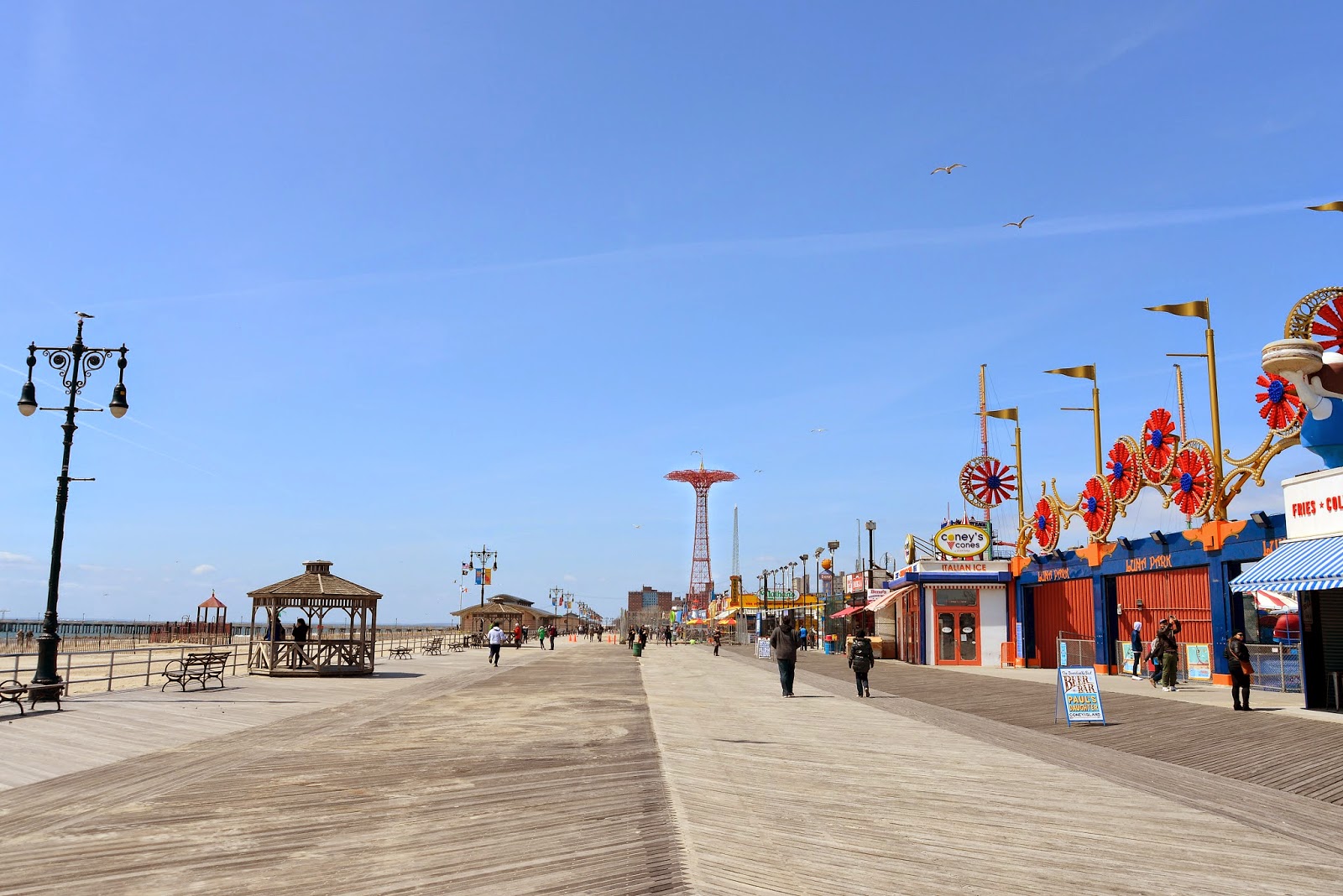 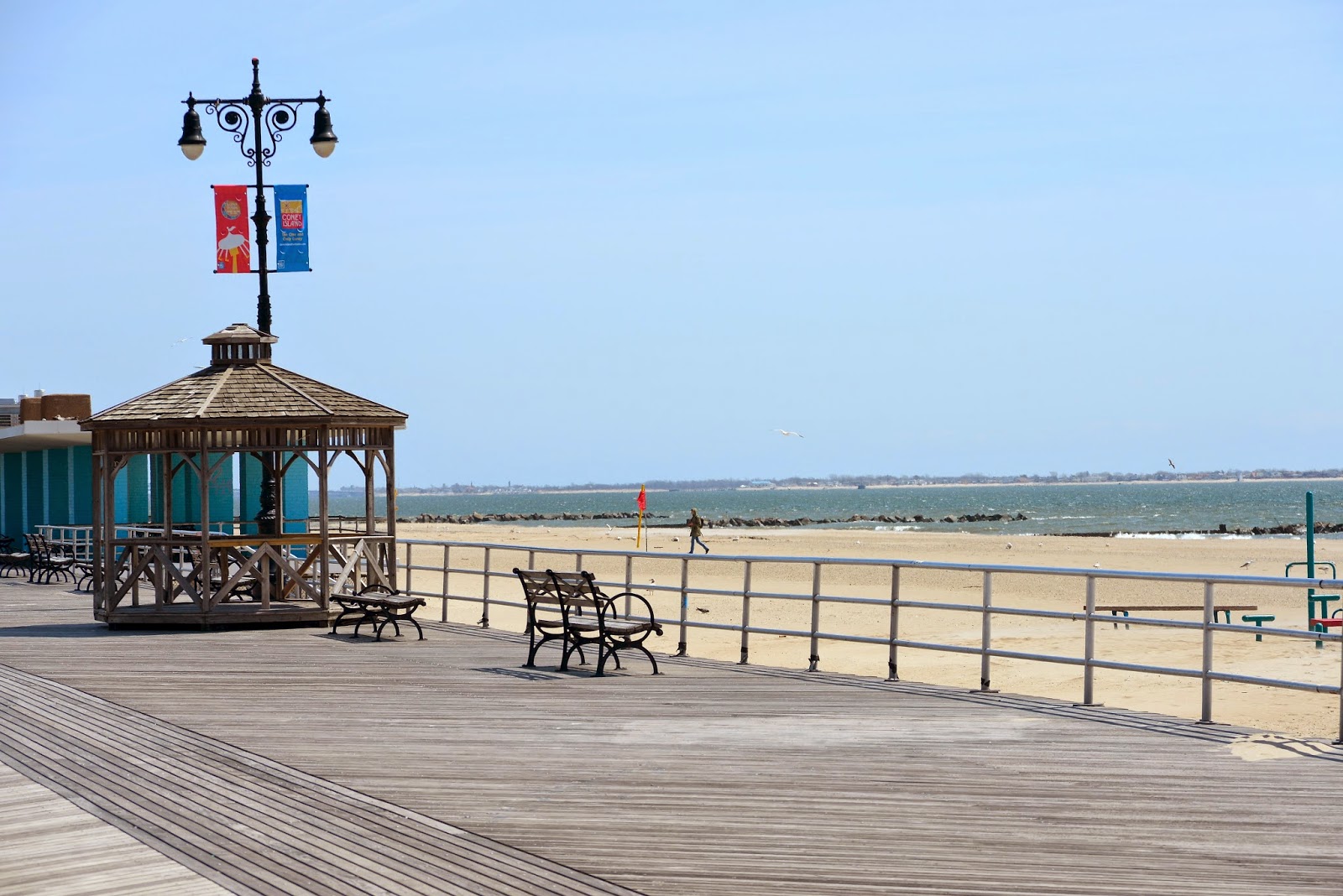 The Cyclone, the famous wooden roller coaster of Coney Island is a NYC landmark. It opened
in 1927 and I still haven't been on it! 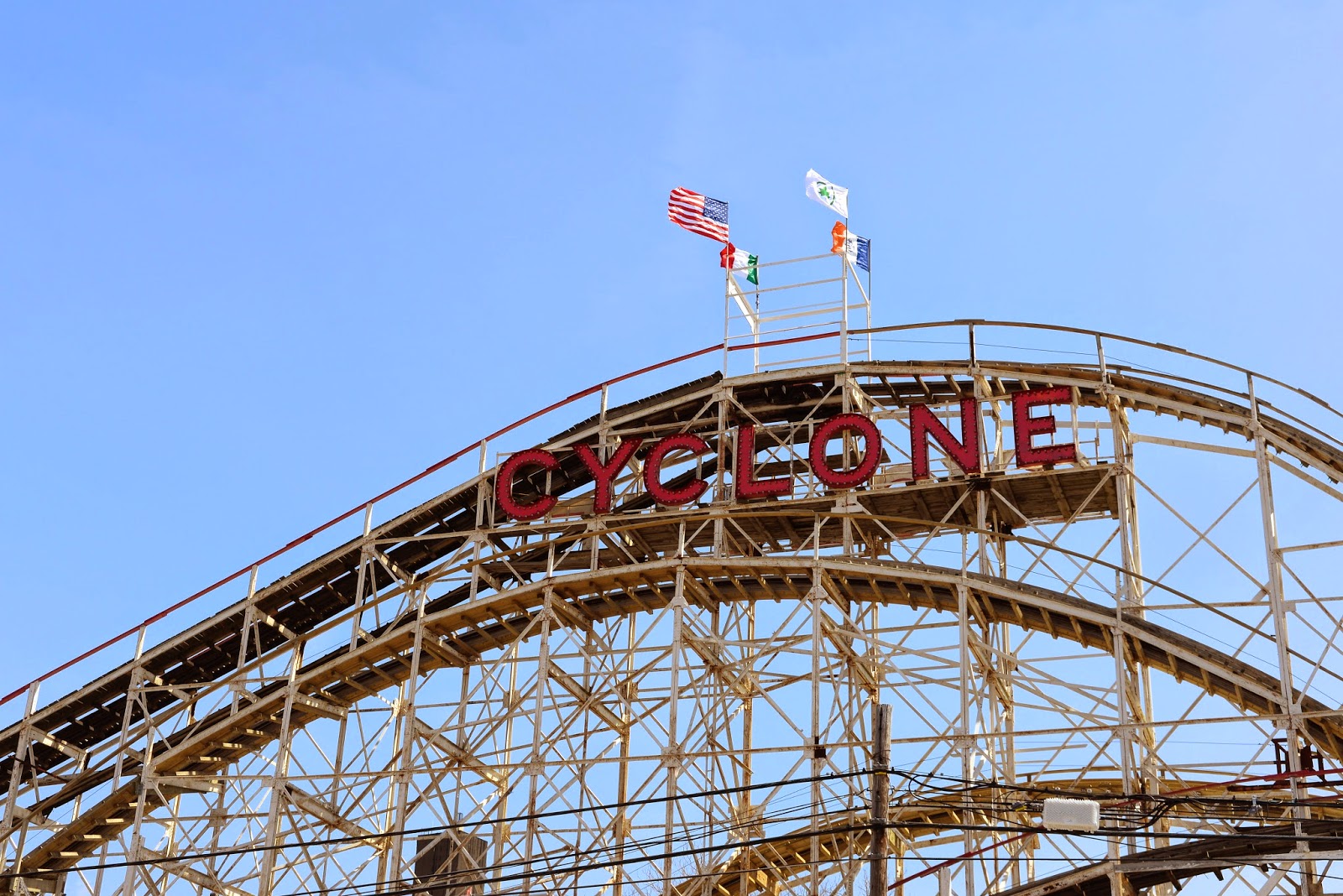 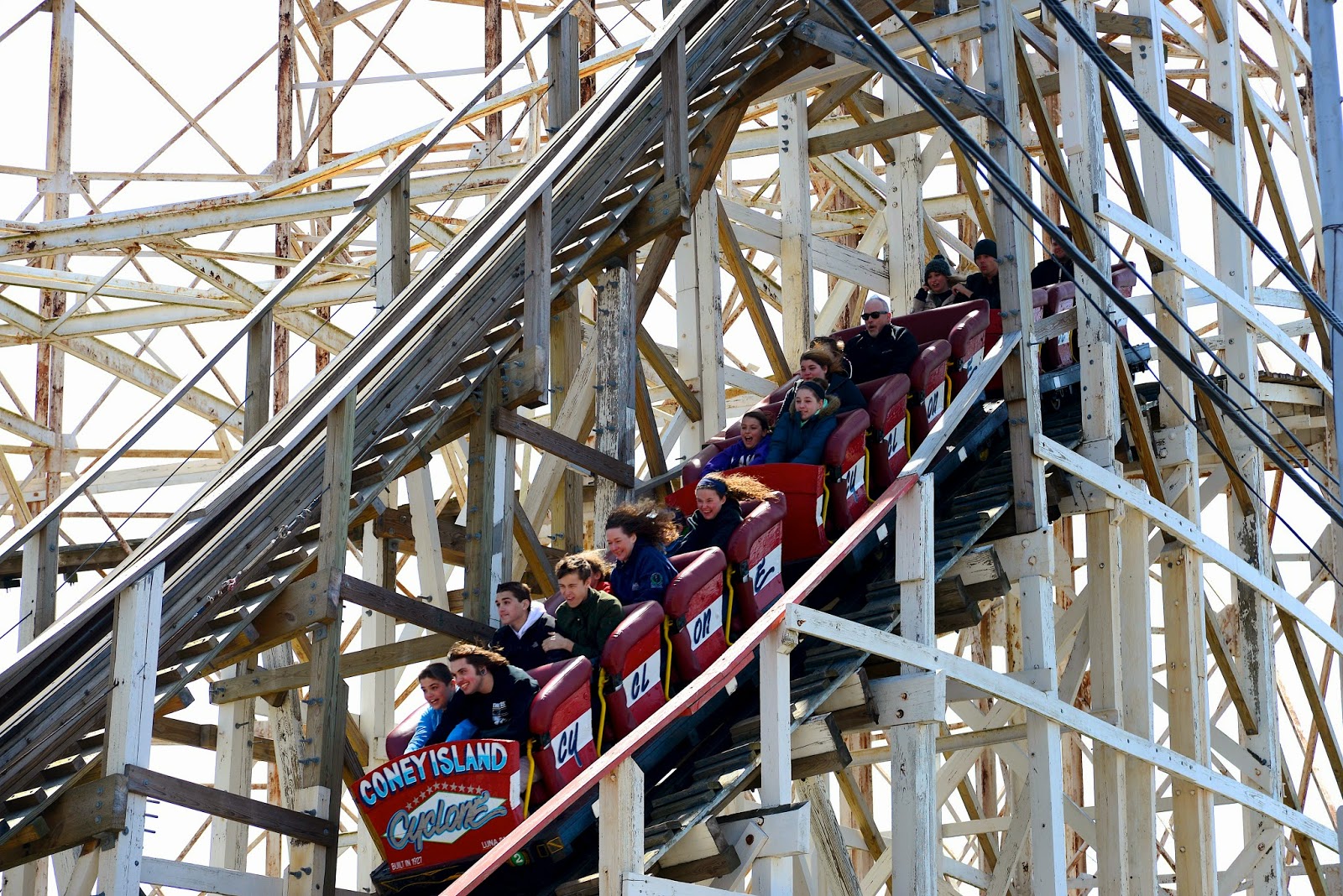 We stopped for pizza on the way home. 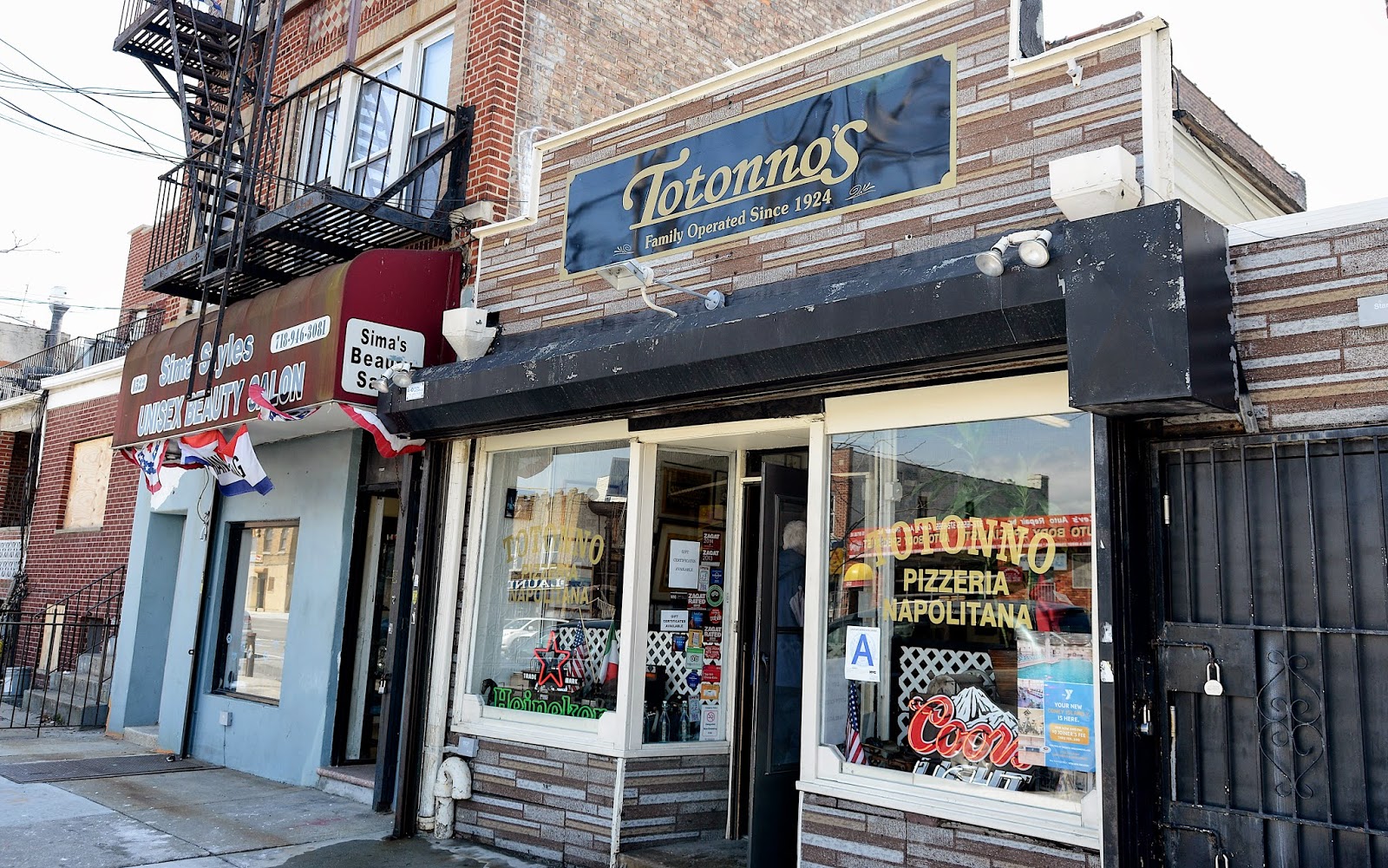 One oven, one guy making pizza, and believe me, he took his sweet time doing it. 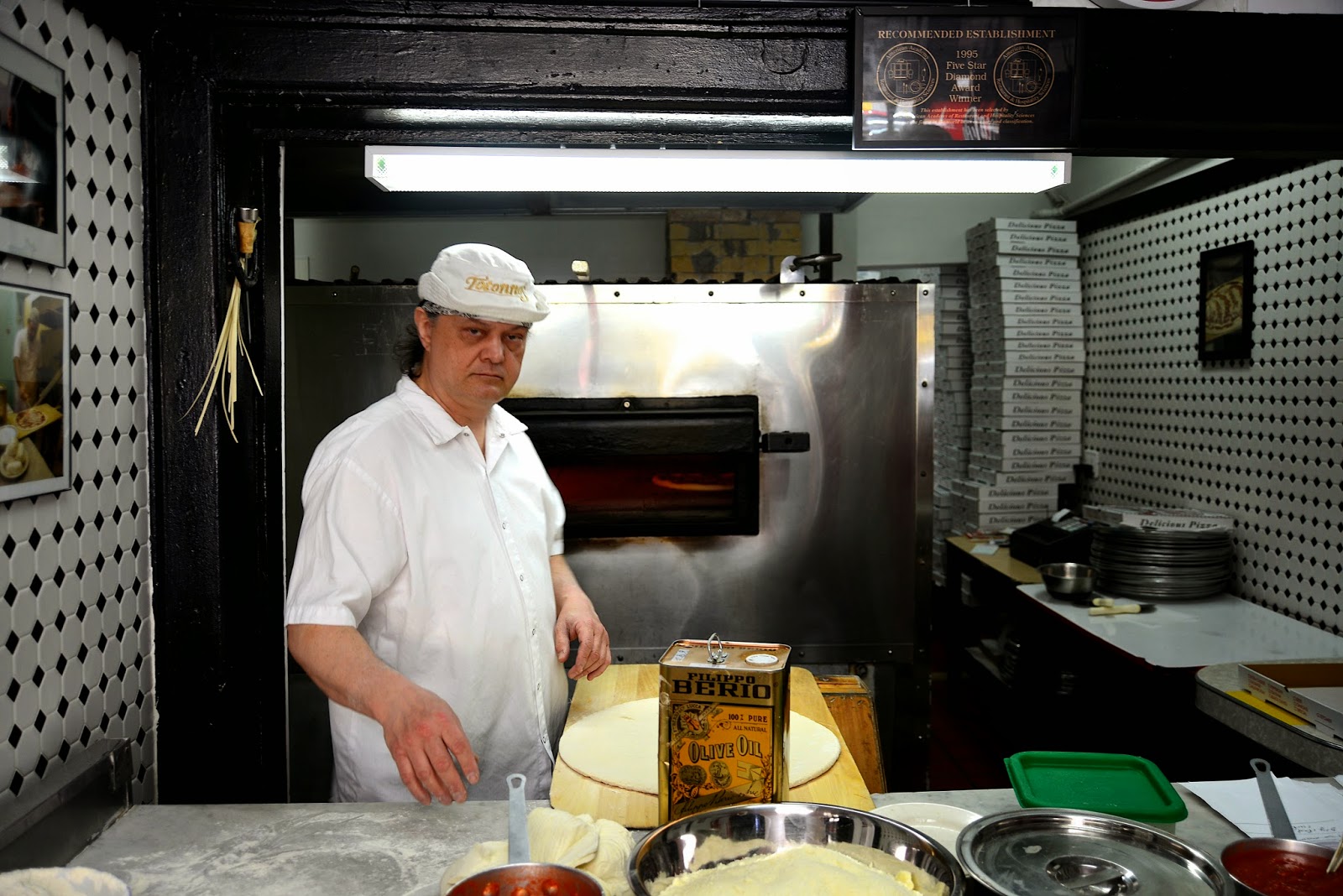 My father joked that this guy had been waiting for his pizza since he was 16 yrs old. 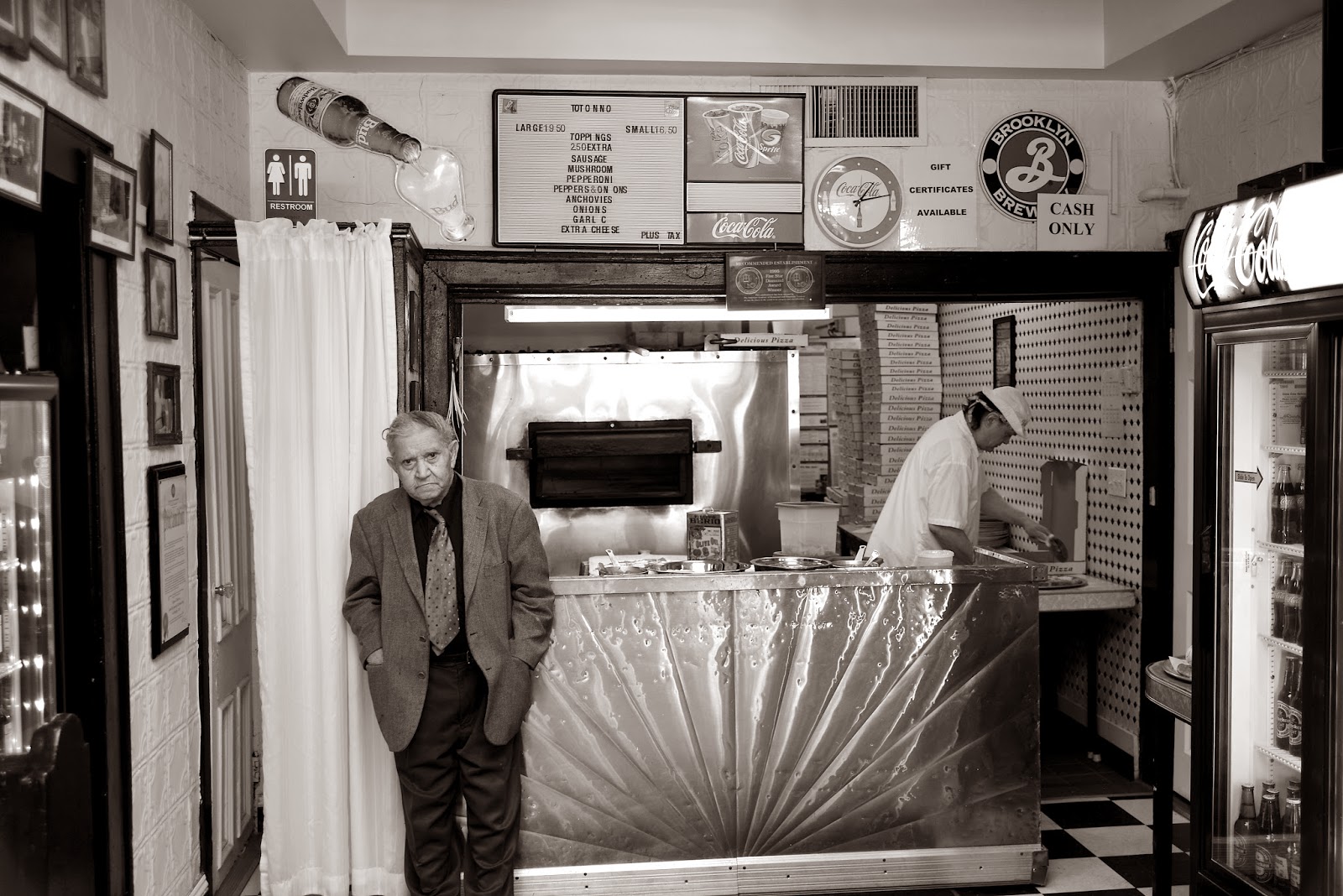 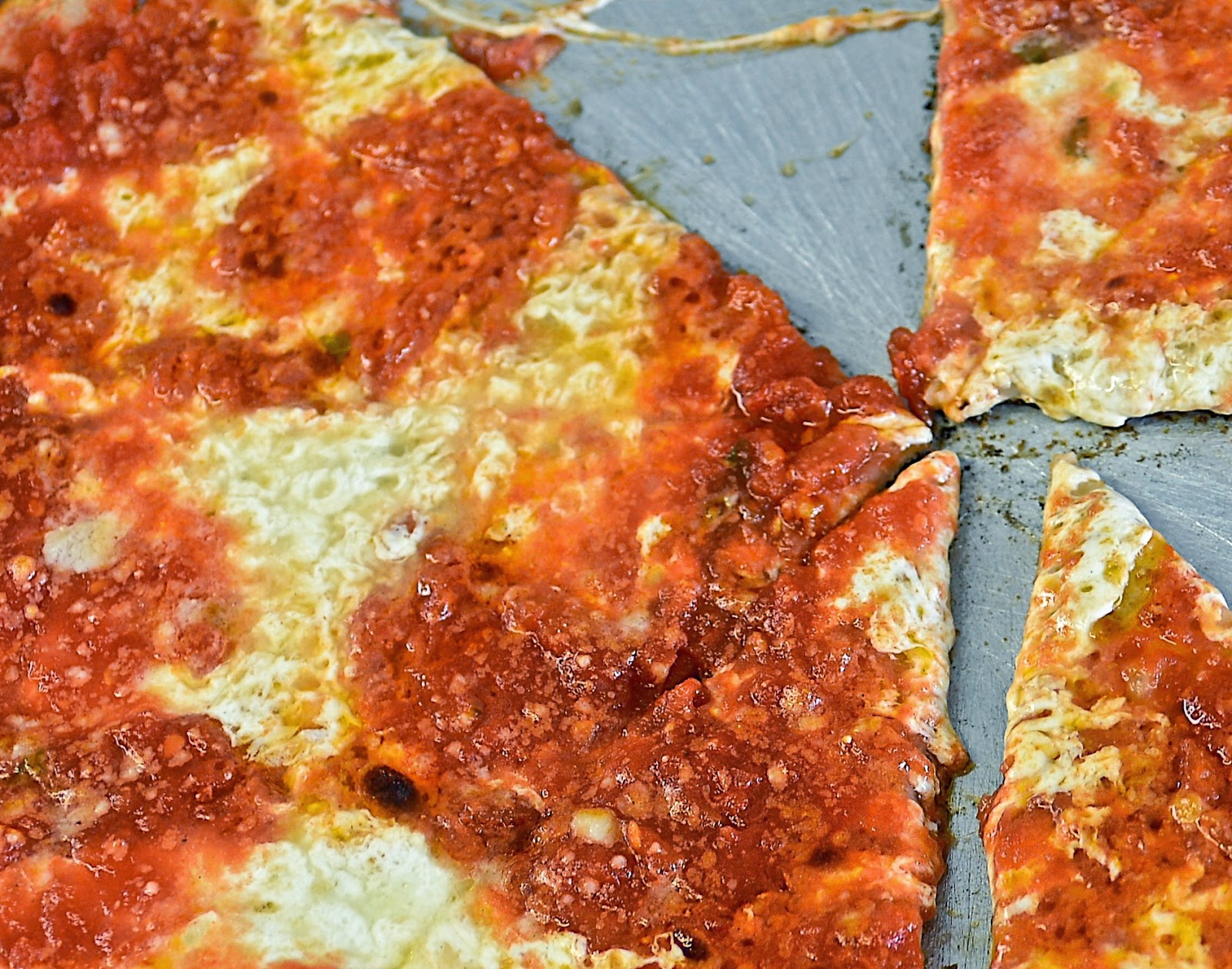 We didn't make it into Bay Ridge but I love driving by the Verrazano-Narrows Bridge. 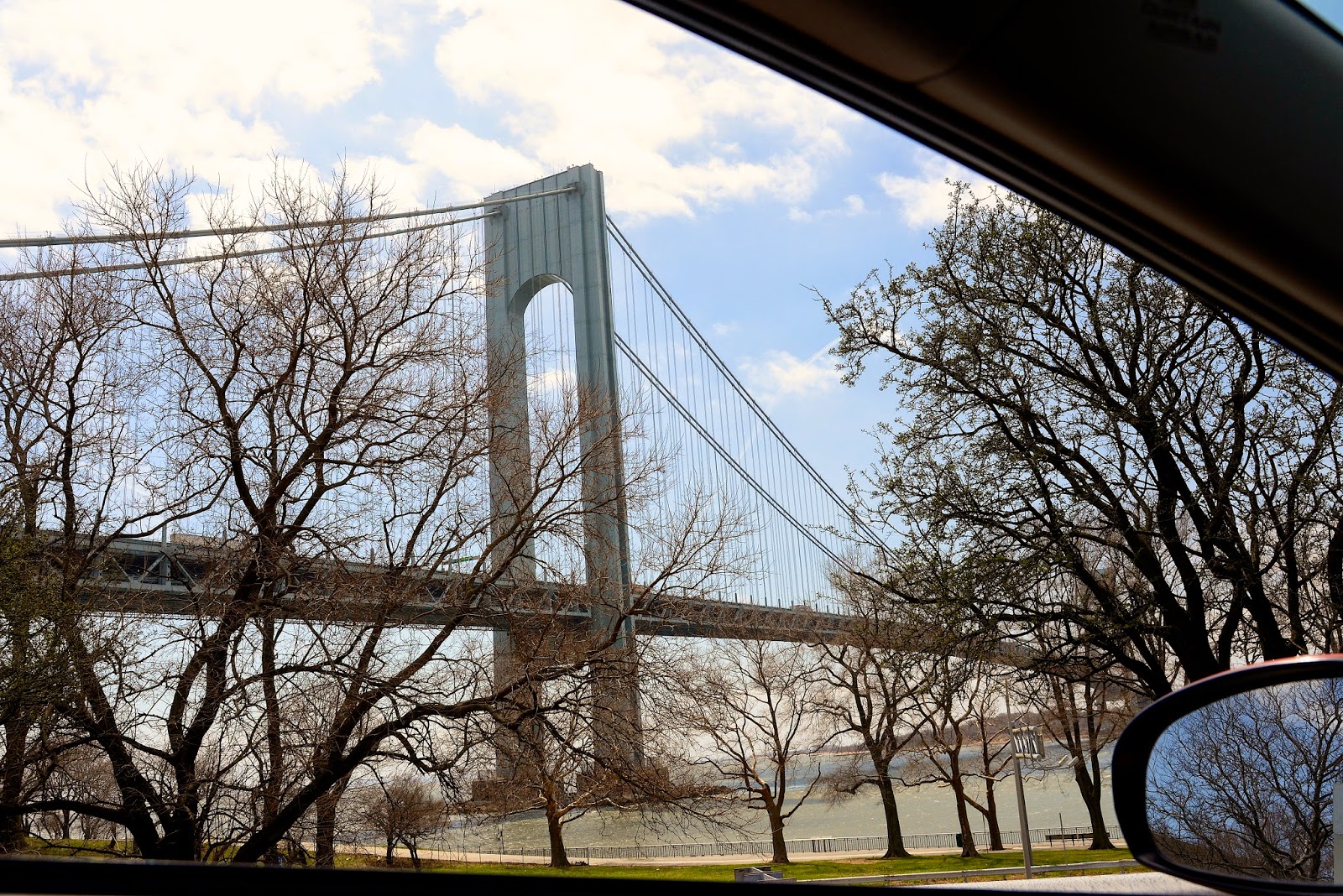 I had my camera with me while doing errands today.
Here are some of the nice spots I drove by in my 'hood.

We are so lucky to have the playhouse in town. 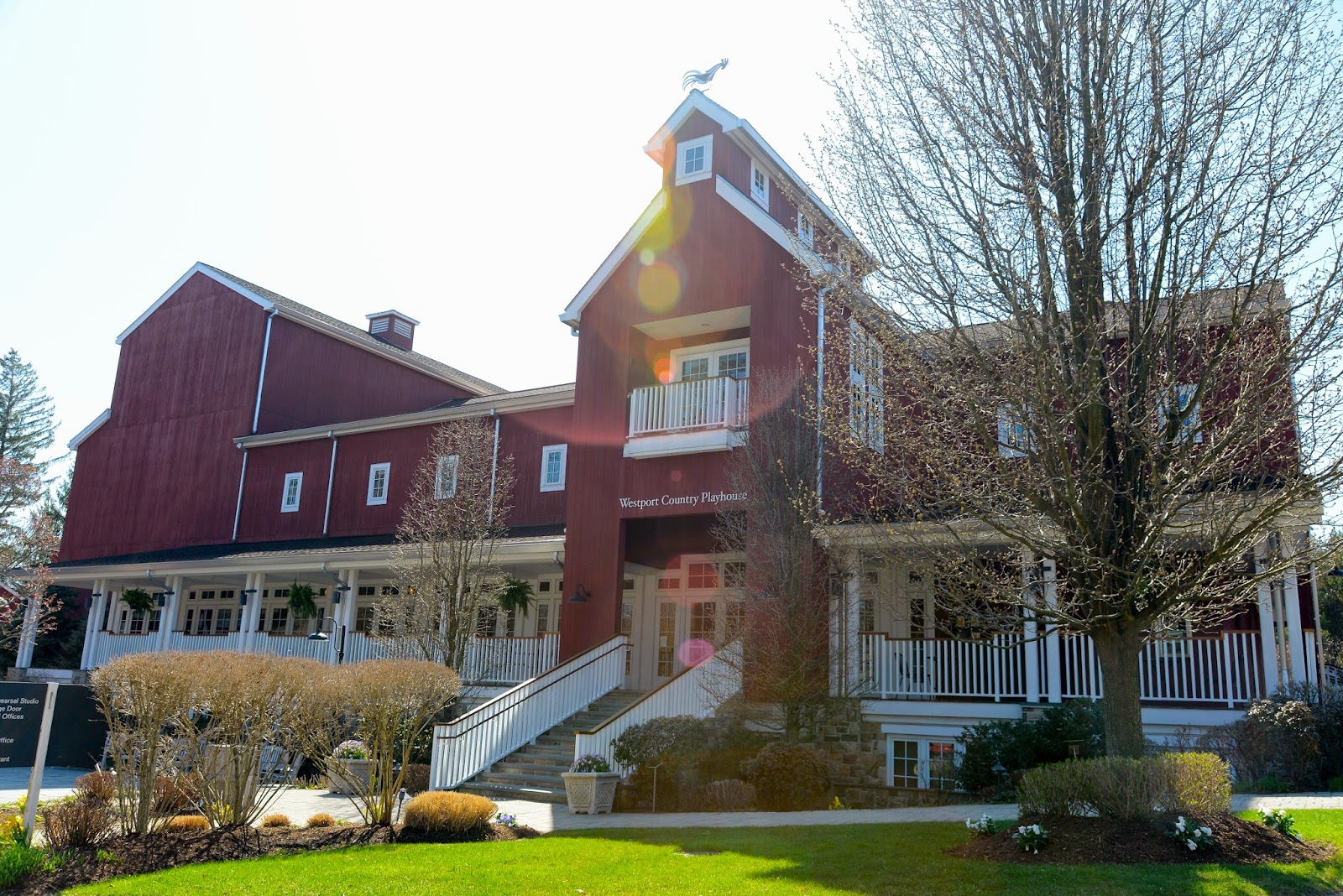 This church is on a narrow little lane in Westport. I love the bell in the steeple. 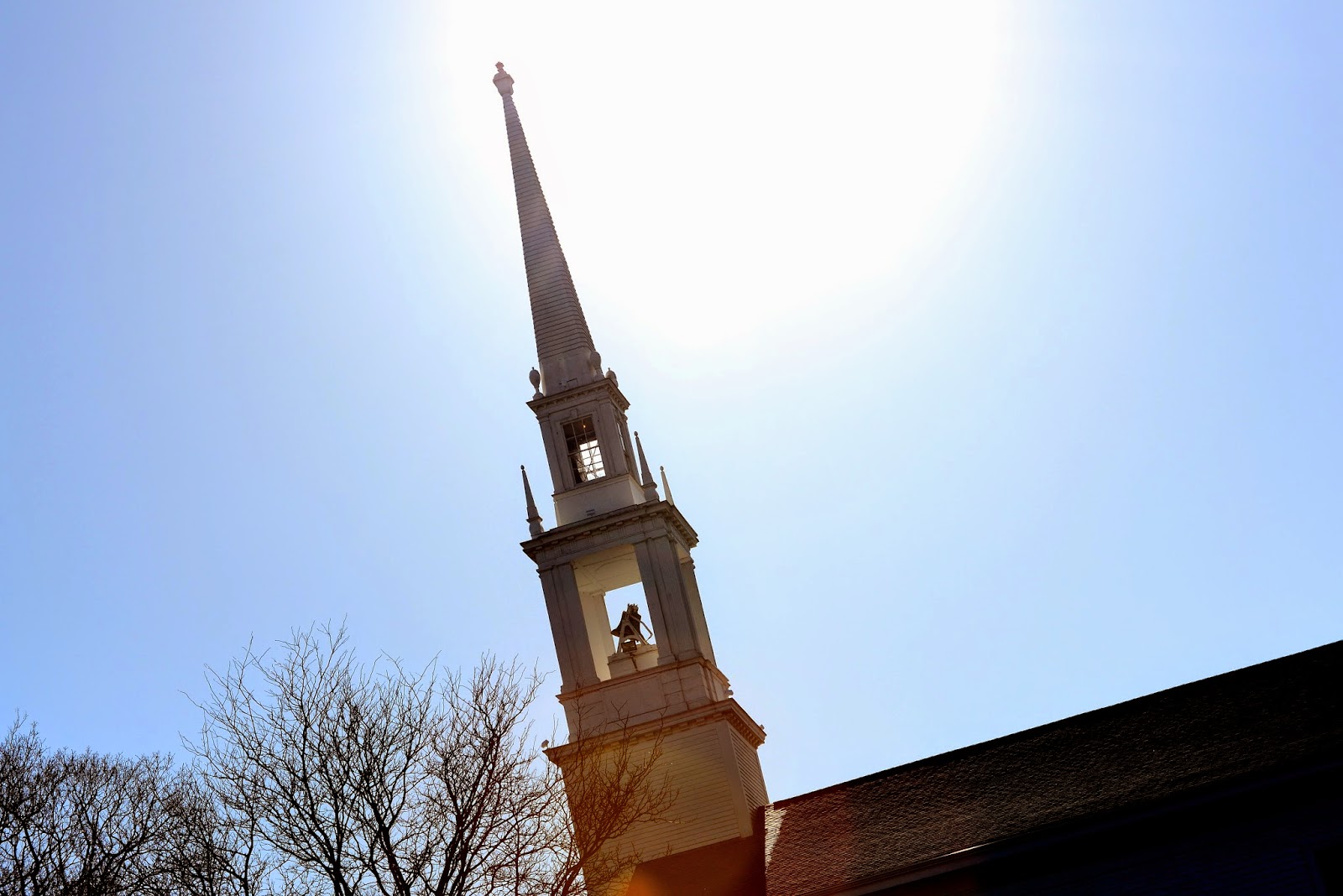 I pass this dilapidated old garage almost every day. It's awesome. 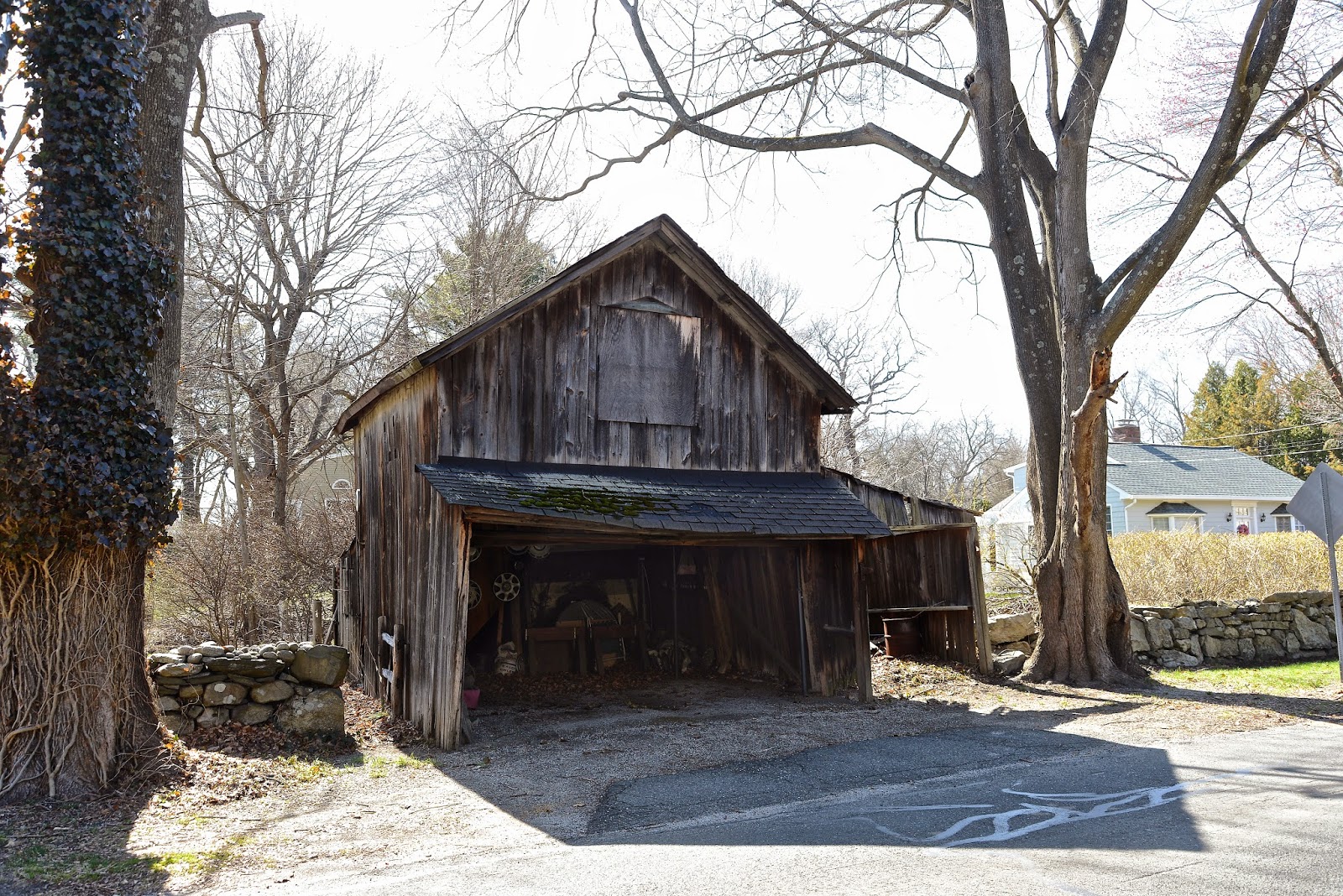 The water was sparkling so bright today on the river, you had to squint while looking at it. 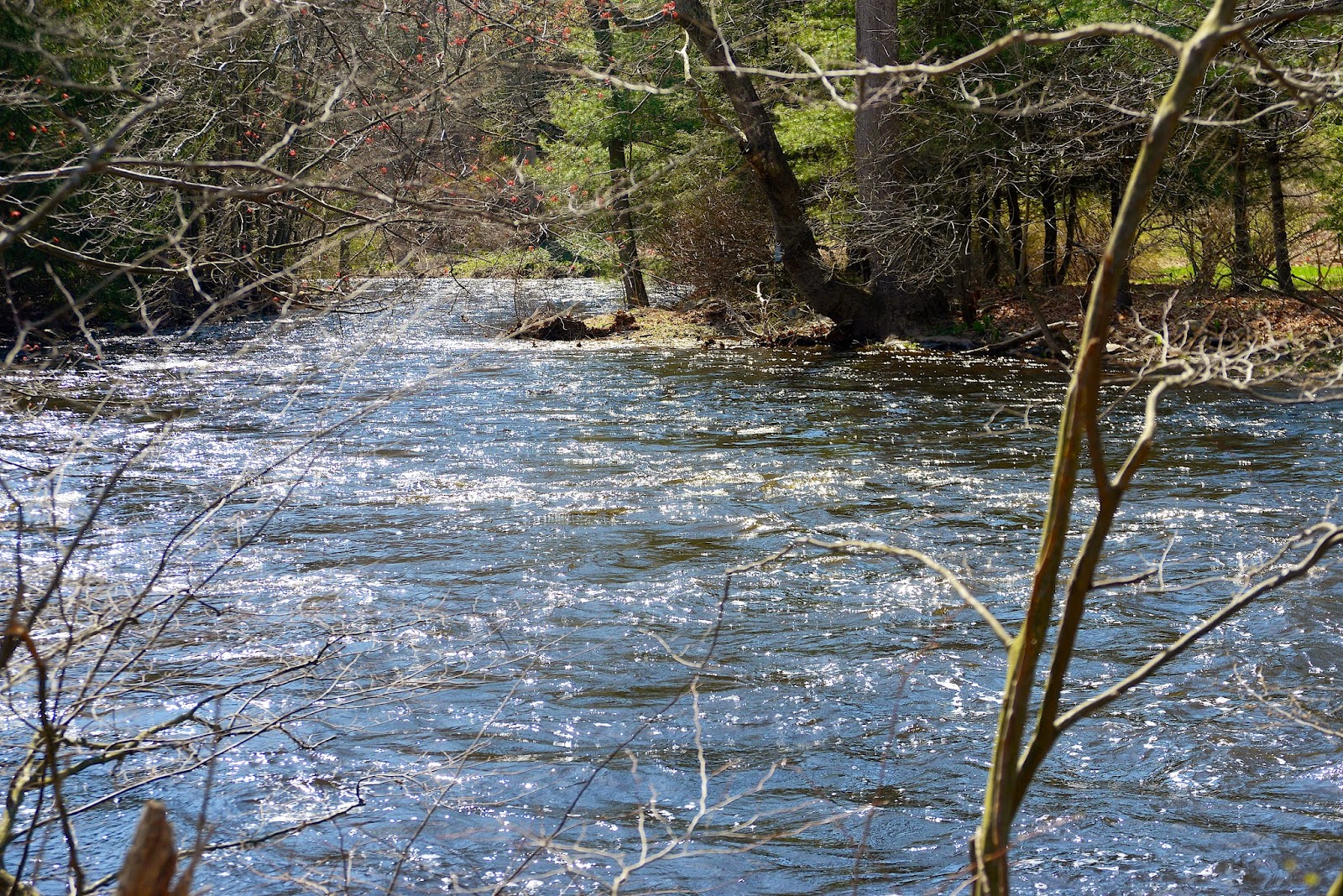 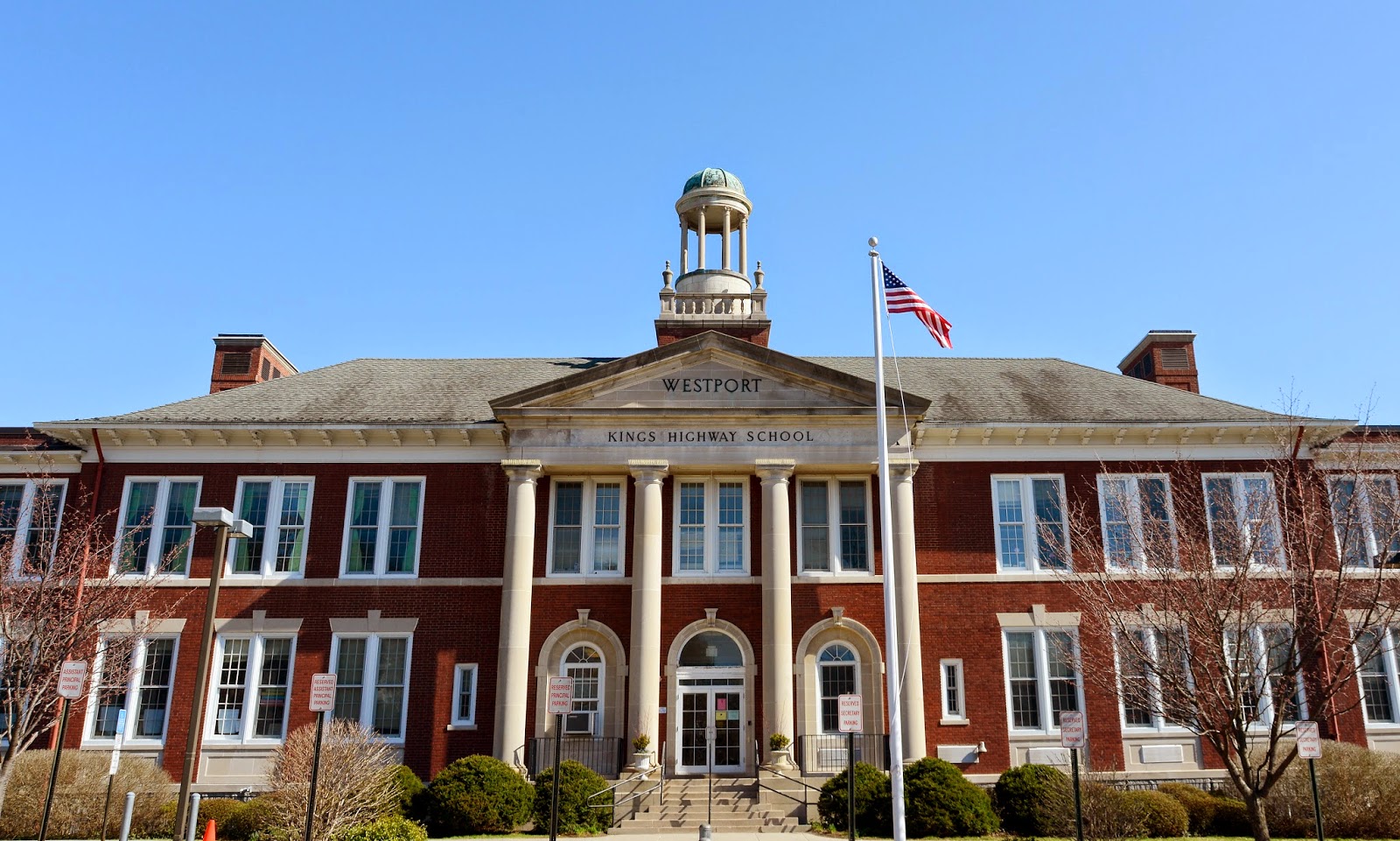 I love driving by this house on my way to Saugatuck. It's on the main road but I love the color, the wrap around porch and it looks so great when they decorate it with American Flags for 4th of July. 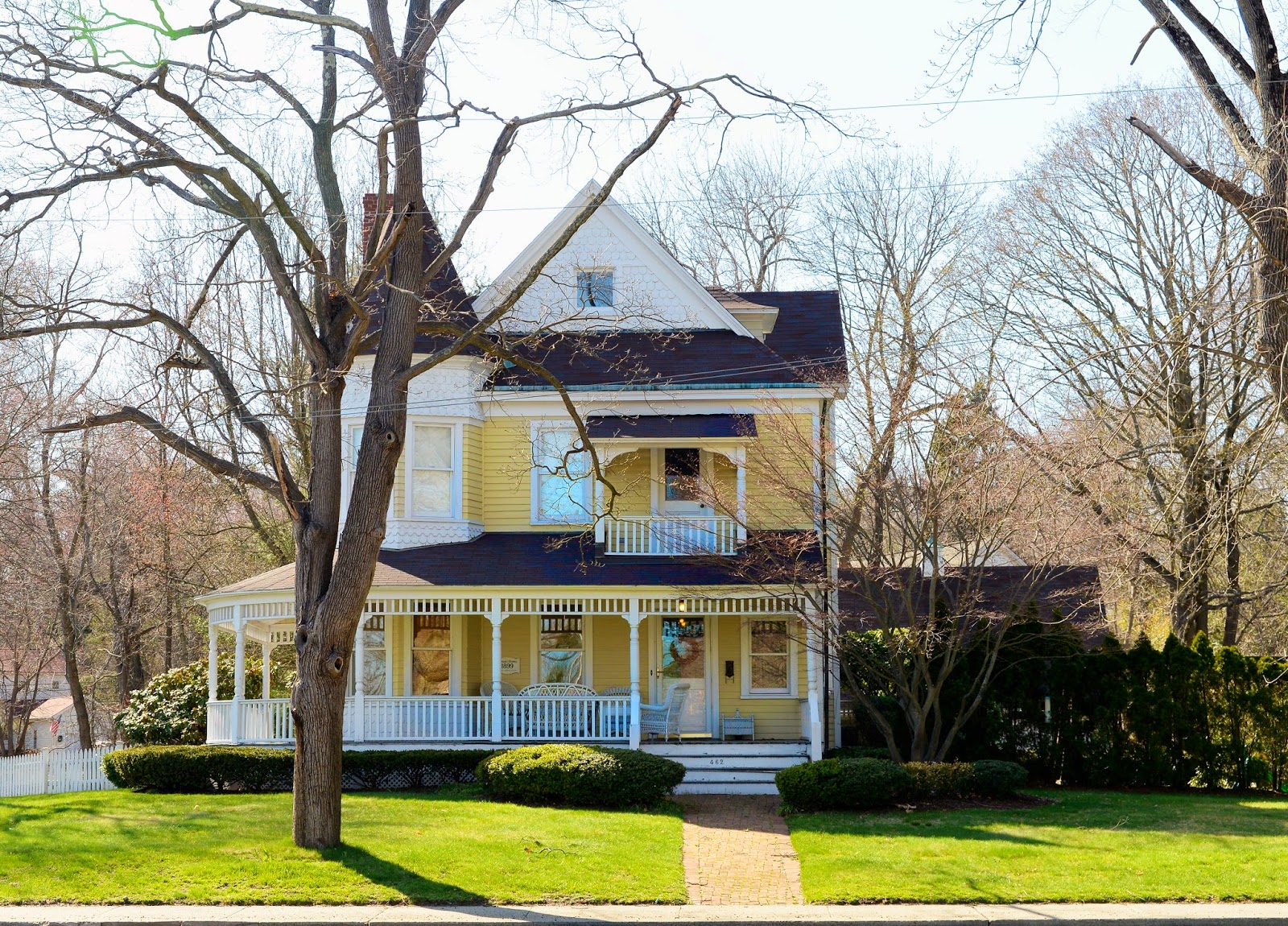 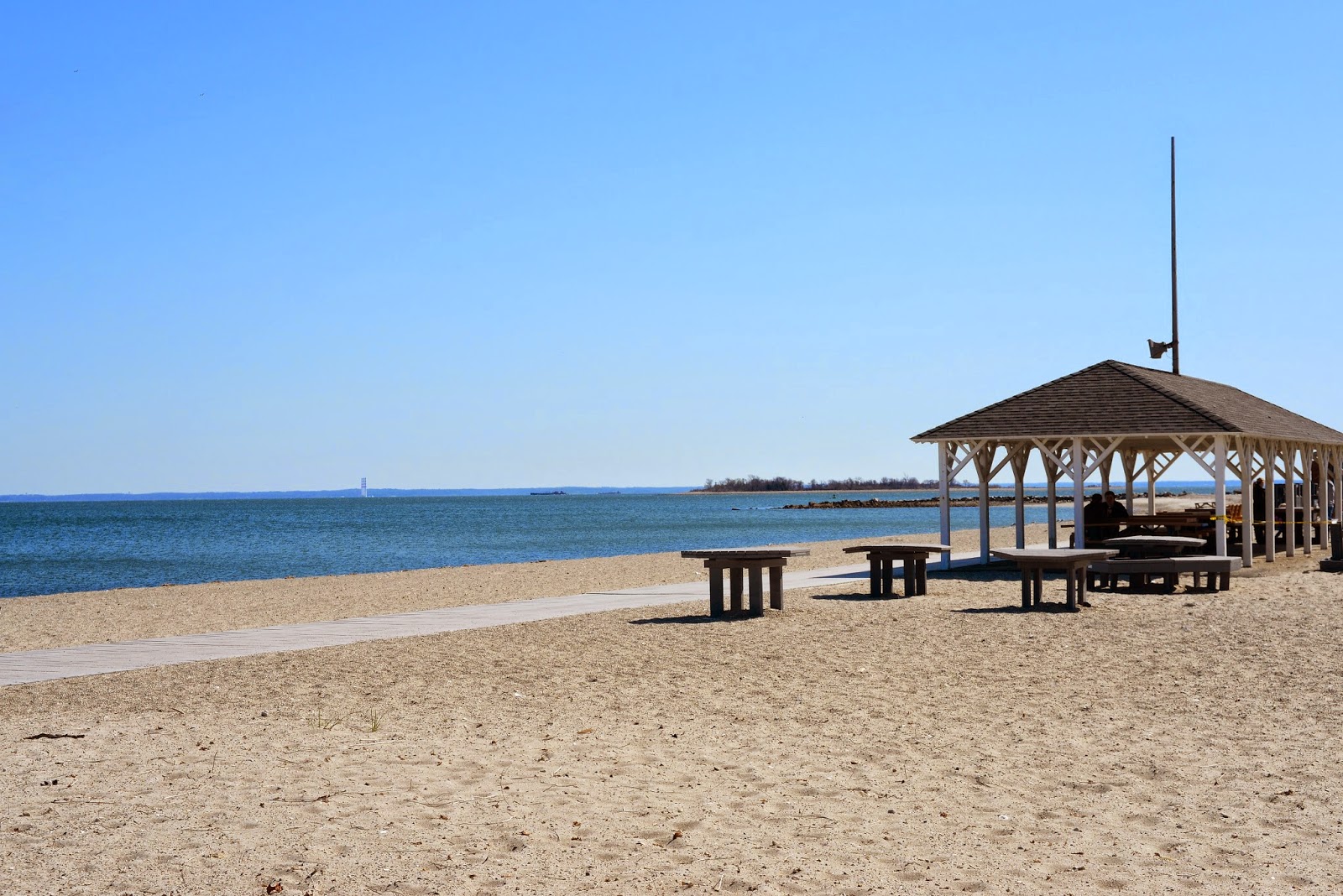 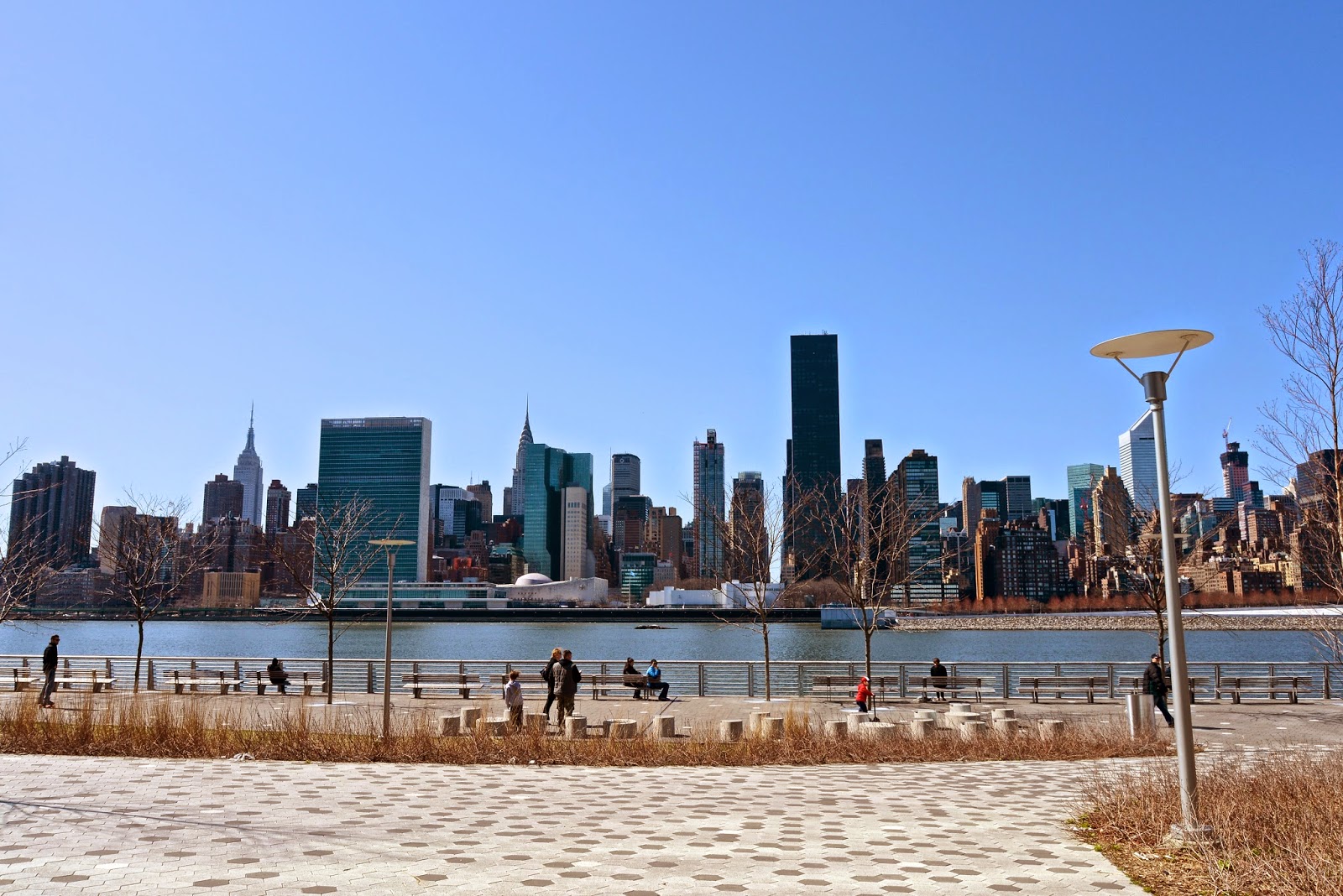 I spent the day in Long Island City yesterday but most of the pictures of Alice were of her back like this... 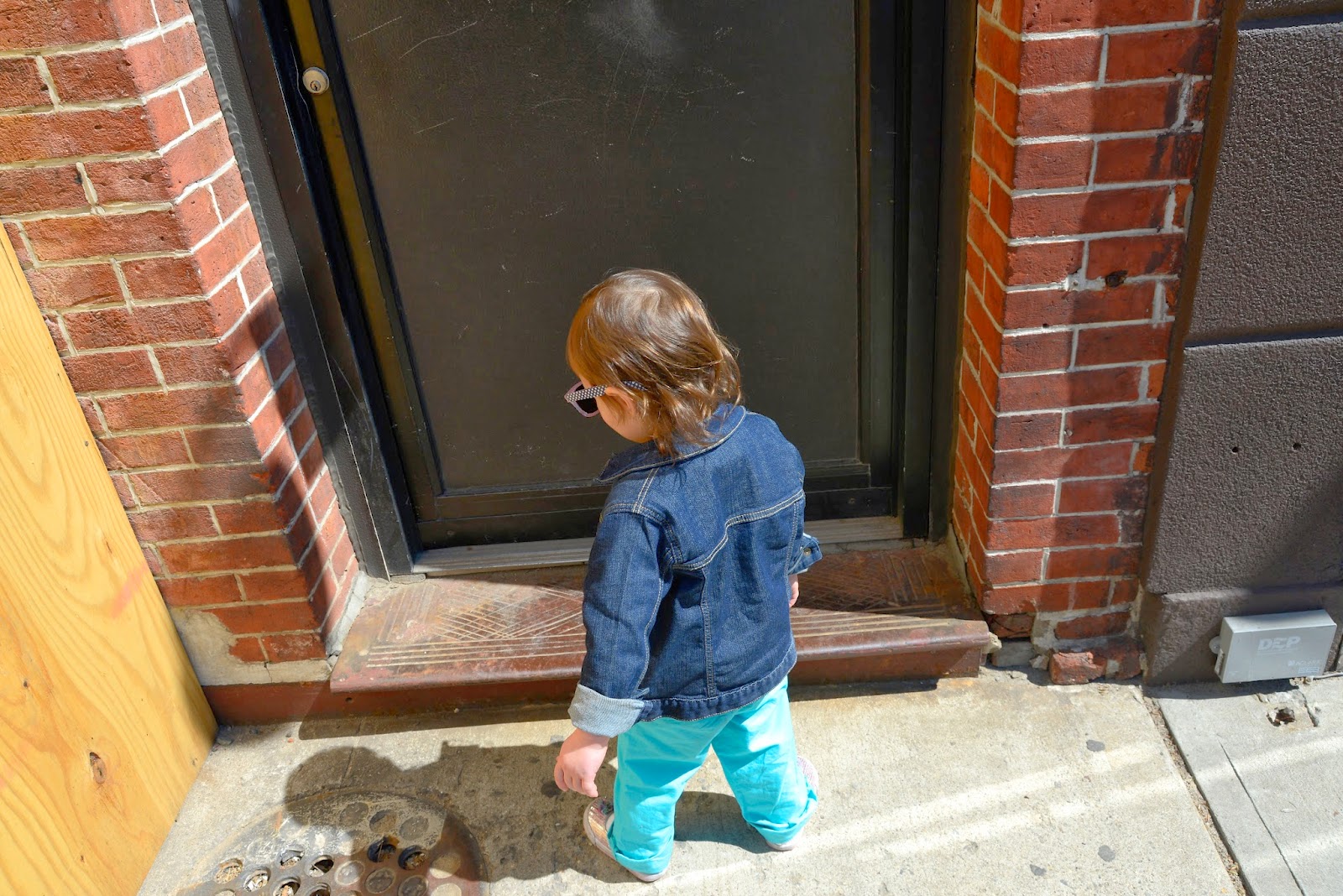 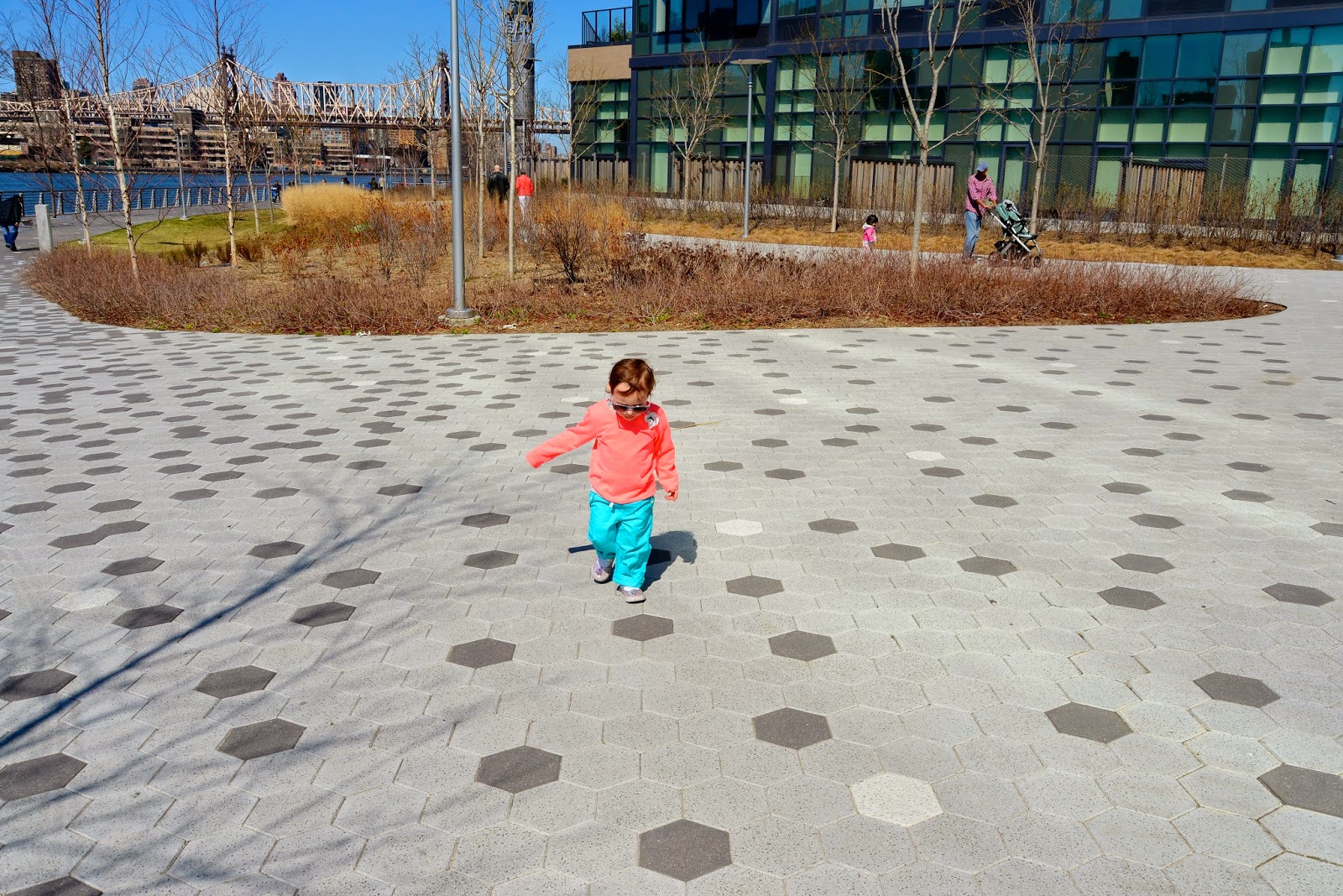 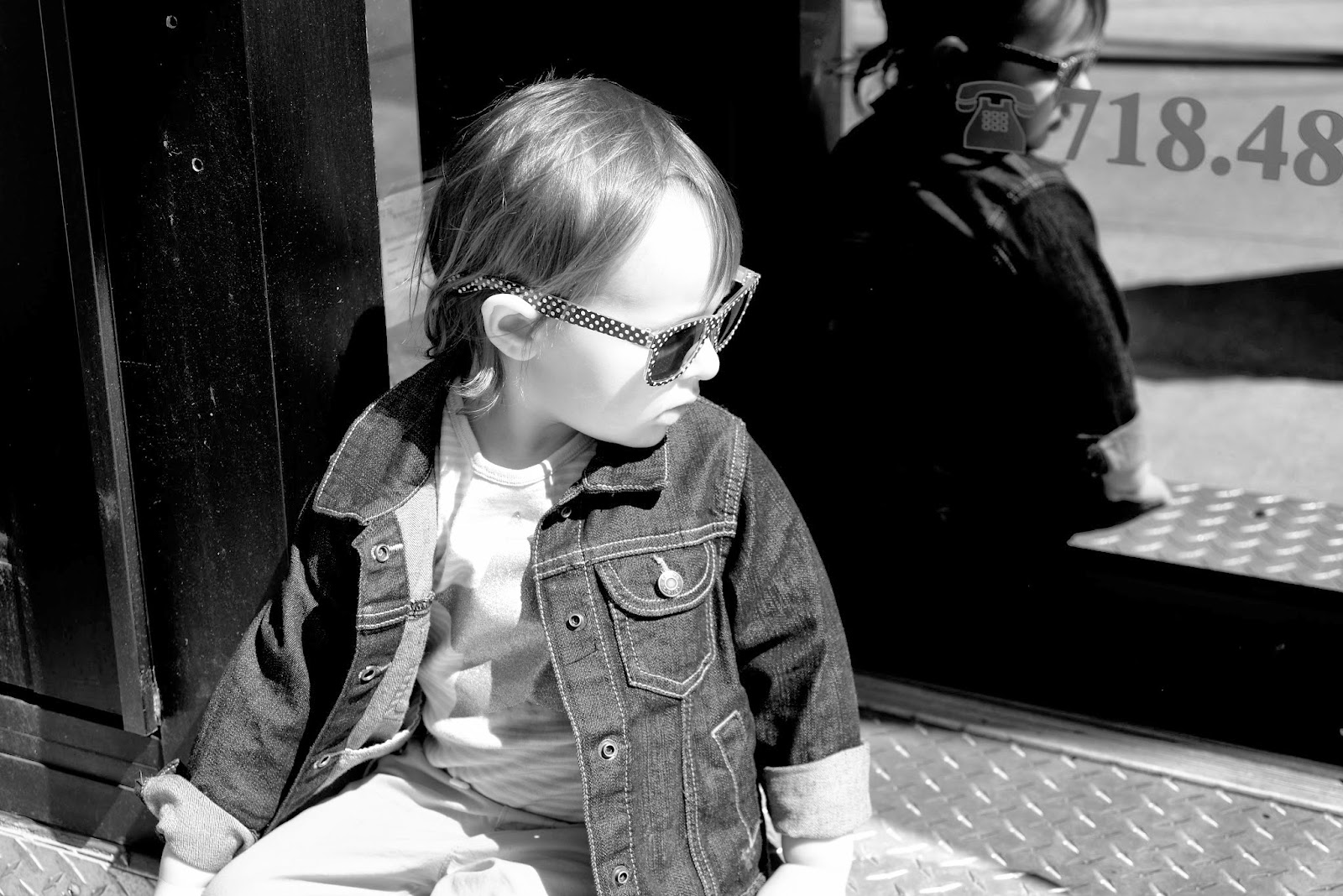 Here's the last one. Alice is still staring down but at least my son is looking ahead. 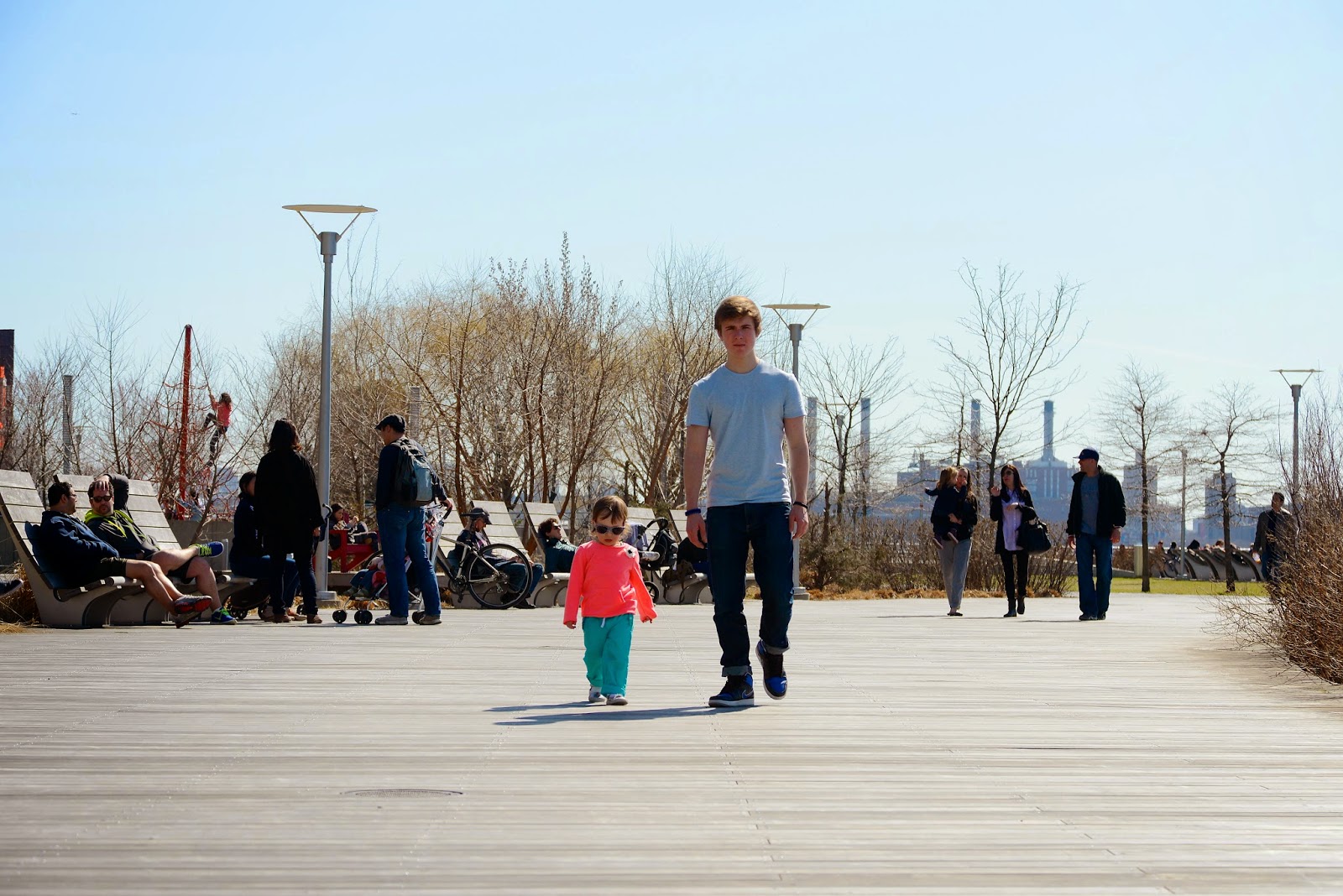 Posted by hoopermom at 7:35 PM No comments: